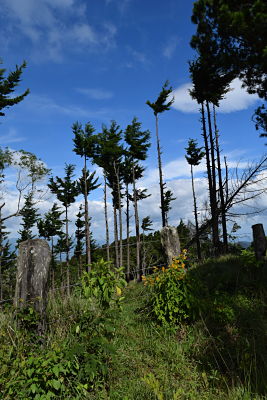 The cloud forest of Montecristo located north of Santa Ana department in Metapán municipality, shared by Honduras, Guatemala and El Salvador, is a vibrant, colorful and unique ecosystem of biodiversity. This forest was formed millions of years ago, when what is now a mountain was an island that, despite having suffered in the last decades from deforestation and destruction, it still conserves many valuable secrets that we have not taken the work of discover. The misty forest only grows above 2,000 meters above sea level and in Montecristo, its total geographical area could reach 2,500 hectares if it were conserved in its entirety; Of these, 825 hectares belong to El Salvador and only 300 are protected within the Montecristo National Park. However, its health and survival not only depends on the integrity of this nucleus but also on the conservation of the natural forest that should exist in the 15,000 hectares surrounding it. The exuberant flora and fauna of this type of forest lives and blooms in the treetops: Insects, frogs, birds, butterflies, dragonflies of this habitat, that never touch the ground; Live all their lives in this unique world of abundant vegetation and food provided by the thousands of plants that grow on the branches, trunks and cups of the hundreds of different species of trees that live here. It is a wonderful aerial world that only exists in small areas of the planet and that unfortunately is disappearing with alarming speed. The biodiversity that sustains is only one of the factors that make this forest a unique place. No less important is its ability to collect and store water that feeds important rivers in Guatemala, Honduras and El Salvador directly impacting the lives of millions of people in the three countries that share the ecosystem and crucial to the survival of Salvadorans.

During the summer months, dense clouds settle over the thickest areas of the forest in Montecristo wrapping it in a white, damp and cold veil and that is where the name «Nebulous Forest» comes from. (Where there is no forest, the clouds disappear as if by magic). The Encinos, Robles, Black Souls, giant ferns and other trees that live in this hazy world of incredible beauty, generally covered with moss, orchids, bromeliads and plants that need to live with others to weave that web of life, have the particularity of To be able to condense the water of the clouds in small drops. The drops that sometimes seem to fall from the trees like heavy rain are absorbed and stored by the enormous amount of litter produced by the trees themselves. This litter accumulated over many years can reach several meters deep and that by acting as a sponge, absorbs and stores the condensed water, which when released slowly, gives life to the small births down the mountain will join and They will become rivers. Part of the millions of cubic meters of clean water that are collected from these clouds each year glides smoothly to Lake Guija and the Lempa River. The Lempa makes its way from the mountain to the sea giving life to agriculture and livestock, the strength that is required to produce electricity, quenching the thirst of the cities as it passes and ends in the beautiful mangroves of the coast Salvadoran where shrimp spawn and many other marine species. In the first half of the last century in the basin of the San Jose river the forest would have been cleared without any restrictions and the bare mountain was not able to slow down the water that was raining in the winter. The mountain without the forest that protected it, eroded the rivers of sediment, the main cause of the serious floods in the city of Metapan. The inhabitants of Metapan tried unsuccessfully to solve the problem of floods by dredging the San José river and taking it deeper. They also tried to contain their caudal destroyer by building a wall known as «El Dique» but it did not solve the problem either. It was not until the early 1970s that someone saw the mountain and realized that the enormous deforestation of Montecristo was the true origin of the constant floods of Metapan. Unfortunately at that time no one noticed or appreciated the importance of biodiversity that is the true treasure of Montecristo, much less thought of helping the forest to recover naturally. The urgent thing, they thought, was to solve the immediate problem of deforestation, to prevent floods and possible disasters for the city of Metapan. Coupled with this thought, the place was perfect for a timber operation; 300 hectares at an elevation of 1,750 to 2,000 meters that is critical for the health of the misty forest were reforested with Mexican cypress trees and 100 more hectares were reforested with pine trees (ocote) and others.

Trees grew rapidly by stopping erosion, benefiting the environment by sequestering carbon and solved the immediate problem of flooding, but the vegetation was limited to a single tree species devoid of flower and fruit that does not form leaf litter, does not produce humus and does not retain Water; This tree deposits on the ground its leaves in the form of threads whose resin kills every living organism and has turned all this area into a green desert. It is as if the ecosystem had been mutilated an important part of his body since in this reforested area biodiversity has no place and as a consequence, now represents a threat of diseases and fires for the rest of the ecosystem. Sadly this plantation of cypress is what appears in all the photographs that we find of the Montecristo forest, It is sadly this plantation of cypress that appears in all the photographs that we find of the forest of Montecristo; And by so much to see it we think that it is our forest but it is this green desert, this barren forest that in no way represents the rich and beautiful biodiversity of our forest what now threatens to destroy the true jewel that rightfully belongs to us. Fortunately nature is prodigious and as has been proven in a small project carried out recently in Montecristo, the process of reforestation that was carried out forty years ago, can be reversed quickly and naturally, supplanting the native vegetation cypress so that again Take your place. The protection of our biodiversity can not wait any longer. Of the 17,500 hectares critical for ecosystem survival, only 1,600 are poorly protected. The health of this important ecosystem is in danger due to the alarming loss of natural forests outside the National Park – we must, as soon as possible – eliminate the monoculture and return the nebulous forest and its biodiversity to the space that legitimately belongs to it

Now whater in El Salvador is drying up, The rivers have no water, and nature is in danger. Please help us stop deforestation and restored nature, giving earth a breath of consolation.

FUNDACION ENRIQUE FIGUEROA LEMUS, has being worked since 2005, but need your support 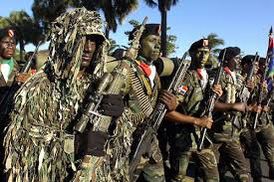